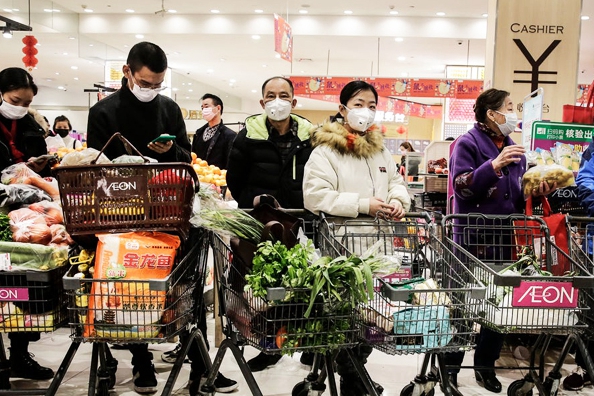 The Chinese government is using monetary and fiscal policies to boost the economy. On February 2nd, the People’s Bank of China pumped $174 billion into financial markets. As of this writing, the coronavirus has been largely contained, in terms of consistently lower numbers of new cases in China, due to the state’s strong capacity to enforce curfews, and because production is now being resumed. We are not as pessimistic as our peers, such as the Thomson Reuters aggregate survey, which forecasts 4.5% Q1 growth, as we expect to see at least 5% growth. We expect real estate, banking and transportation to be negatively affected, but believe the medical, infrastructure and health areas may be positively affected.

Because of the long Chinese New Year holiday, the statistics bureau, as usual in January, only announced price and financial data. The coronavirus won’t have any real effect on the economy in January, but its impact will show up in February data.

CPI was up 5.4% y/y in January, and up 0.9 ppts from December 2019. We expect the coronavirus to have a larger effect on February data, and to contribute to a higher CPI.