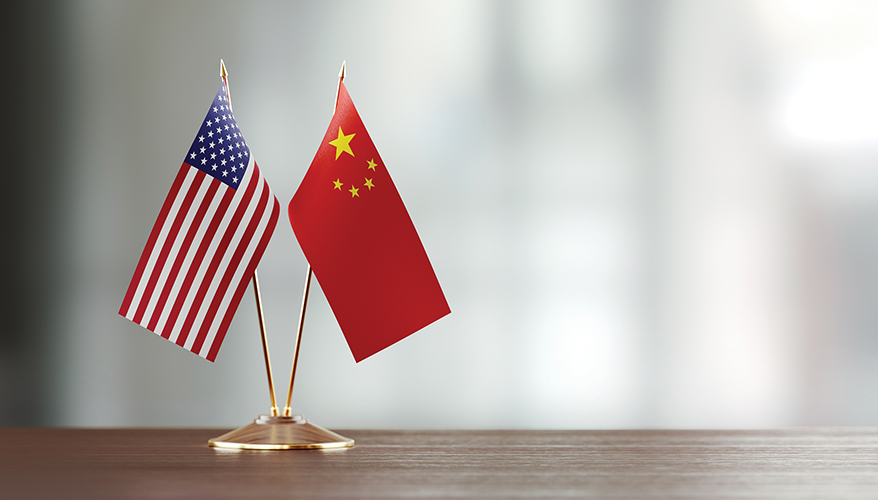 The world today is facing multiple challenges. As the world's two largest economies, China and the US relations are more crucial than ever for the world economy. President Xi Jinping met with President Joe Biden on November 14 in Indonesia, and the two leaders underscored the importance of establishing guiding principles for bilateral ties and hoped to push the relations back to steady.

It is noted that since China's entry into the WTO in 2001, the pragmatic trade policies had contributed to the economic prosperity of two countries and the whole world. However, in recent years, China-US trade conflict has caused the bilateral trade to decline, which has exerted negative impact on interests of both countries.

At the same time, it is necessary to recognize that there will always be issues on which the two countries have very different perspectives. In what ways can China and the US “agree to disagree” on some issues without damaging the broader relationship? Despite the differences, both countries truly benefited from their relationship and have to find ways to preserve those beneficial aspects.

In light of this situation, this webinar, organized by China Development Institute, is aimed to maintain dialogue among experts and scholars between China and the US to highlight the importance of reducing tensions between the two sides.

*In order of appearance

He is the president of China Development Institute (CDI), and also the Professor of Economics at Peking University and the Graduate School of the Chinese Academy of Social Sciences (CASS). He is a guest professor at a number of universities and graduate schools.

He served as an independent member of the Monetary Policy Committee of China’s Central Bank from 2006 to 2010, and again from 2015 to 2018, and is an advisor to various departments of the Chinese central government and provincial governments. He served as an economic consultant to various international organizations and played leading roles in research projects commissioned by the World Bank, ADB, UNDP, OECD, etc.

He is the founder and president of the Economic Strategy Institute, a former counselor to the secretary of commerce in the Reagan administration, and the author of The World Turned Upside Down: America, China, and the Struggle for Global Leadership. His leadership has propelled ESI into an important role in the public policy process, influencing and often defining the terms of the debate in the areas of international trade policy, economic competitiveness, and the effects of globalization. Mr. Prestowitz has played key roles in achieving congressional passage of NAFTA and in shaping the final content of the Uruguay Round, as well as providing the intellectual basis for current U.S. trade policies toward Japan, China, and Korea.

Prior to founding ESI, Mr. Prestowitz served as counselor to the Secretary of Commerce in the Reagan Administration. There, he led many U.S. trade and investment negotiations with Japan, China, Latin America, and Europe. Before joining the Commerce Department, he was a senior businessman in the United States, Europe, Japan, and throughout Asia and Latin America. He has served as vice chairman of the President's Committee on Trade and Investment in the Pacific and sits on the Intel Policy Advisory Board and the U.S. Export-Import Bank Advisory Board.

Clyde Prestowitz regularly writes for leading publications, including the New York Times, the Washington Post, Fortune, and Foreign Affairs. He is the author of the best-selling book on U.S.-Japan relations, Trading Places, and co-author and editor of several other books on international trade and business strategy including Asia After the Miracle; Powernomics; Bit by Bit; The New North American Trade Order; and Rogue Nation. His latest book, Three Billion New Capitalists: The Great Shift of Wealth and Power to the East, deals with the economic rise of Asia and the upcoming rebalancing of the world economic order, and its impact on the United States.

Mr. Prestowitz has a B.A. with honors from Swarthmore College; an M.A. in East-West Policies and Economics from the East-West Center of the University of Hawaii; and an M.B.A. from the Wharton Graduate School of Business. He also studied at Keio University in Tokyo. He is fluent in Japanese, Dutch, German, and French.

He is the Senior Adviser and Trustee Chair in Chinese Business and Economics. His main areas of expertise include Asia, Asian Economics, China, Cybersecurity and Technology, Economics, Governance and Rule of Law, International Development, U.S. Development Policy.

Scott Kennedy is a leading authority on Chinese economic policy, Kennedy has been traveling to China for over 30 years. His specific areas of expertise include industrial policy, technology innovation, business lobbying, U.S.-China commercial relations, and global governance. He is the editor of China’s Uneven High-Tech Drive: Implications for the United States (CSIS, February 2020) and (with Jude Blanchette) Chinese State Capitalism: Diagnosis and Prognosis (CSIS, October 2021) and the author of The State and the State of the Art on Philanthropy in China (Voluntas, August 2019), China’s Risky Drive into New-Energy Vehicles (CSIS, November 2018), The Fat Tech Dragon: Benchmarking China’s Innovation Drive (CSIS, August 2017), and The Business of Lobbying in China (Harvard University Press, 2005). He has edited three books, including Global Governance and China: The Dragon’s Learning Curve (Routledge, 2018). His articles have appeared in a wide array of policy, popular, and academic venues, including the New York Times, Wall Street Journal, Foreign Affairs, Foreign Policy, and China Quarterly. He is currently finishing a report, Beyond Decoupling: Maintaining America’s Hi-Tech Advantages over China (CSIS, forthcoming Spring 2022).

From 2000 to 2014, Kennedy was a professor at Indiana University (IU), where he established the Research Center for Chinese Politics & Business and was the founding academic director of IU’s China Office. Kennedy received his PhD in political science from George Washington University, his MA in China studies from the Johns Hopkins School of Advanced International Studies, and his BA from the University of Virginia.

He is the director of the John L. Thornton China Center and a senior fellow in the Foreign Policy program at Brookings. He is also a director of the National Committee on U.S.-China Relations. Li focuses on the transformation of political leaders, generational change, the Chinese middle class, and technological development in China.

Li grew up in Shanghai during the Cultural Revolution. In 1985, he came to the United States, where he received a master’s in Asian studies from the University of California, Berkeley and a doctorate in political science from Princeton University. From 1993 to 1995, he worked in China as a fellow sponsored by the Institute of Current World Affairs. In the U.S., observing grassroots changes in his native country. Based on this experience, he published a nationally acclaimed book, “Rediscovering China: Dynamics and Dilemmas of Reform” (1997).

Li is also the author or the editor of numerous books, including “China’s Leaders: The New Generation” (2001), “Bridging Minds Across the Pacific: The Sino-U.S. Educational Exchange 1978-2003” (2005), “China’s Changing Political Landscape: Prospects for Democracy” (2008), “China’s Emerging Middle Class: Beyond Economic Transformation” (2010), “The Road to Zhongnanhai: High-Level Leadership Groups on the Eve of the 18th Party Congress” (in Chinese, 2012), “The Political Mapping of China’s Tobacco Industry and Anti-Smoking Campaign” (2012), “China’s Political Development: Chinese and American Perspectives” (2014), “Chinese Politics in the Xi Jinping Era: Reassessing Collective Leadership” (2016), “The Power of Ideas: The Rising Influence of Thinkers and Think Tanks in China” (2017), and “Middle Class Shanghai: Reshaping U.S.-China Engagement” (2021). He is currently completing a book manuscript with the working title “Xi Jinping’s Protégés: Rising Elite Groups in the Chinese Leadership”. He is the principal editor of the Thornton Center Chinese Thinkers Series published by the Brookings Institution Press.

Li has advised a wide range of U.S. government, education, research, business, and not-for-profit organizations on work in China. Li is also a distinguished fellow of the Munk School of Global Affairs and Public Policy at University of Toronto, a nonresident affiliated fellow at the Paul Tsai China Center at Yale University, a member of the Council on Foreign Relations, a member of the Institute of Current World Affairs, and a member of the Committee of 100. Before joining Brookings in 2006, he was the William R. Kenan professor of government at Hamilton College, where he had taught since 1991.

Deputy Dean of National School of Development of Peking University, China. He is also Director of the Institute of Digital Finance of Peking University. His key research interests are macro economy and financial policy. Previously, he served as a member of the Monetary Policy Committee at the People’s Bank of China between 2015 and 2018. Currently, he is also Deputy Secretary-General of the China Society of Finance and Banking, Chairman of the Special Committee on Fintech Development and Research of the National Internet Finance Association of China, Chairman of the Academic Committee of the China Finance 40 Forum, a member of the Chinese Economists 50 Forum. Prof Huang received his PhD in Economics from Australian National University.

View the embedded image gallery online at:
https://en.cdi.org.cn/component/k2/item/823-china-us-think-tank-webinar-how-to-reshape-the-china-us-economic-relationship#sigProId9519c3c9f9
back to top 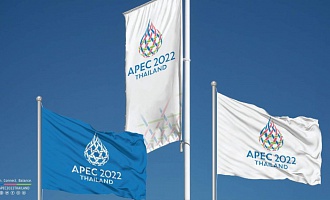 Webinar on APEC: The Role of Asian Countries in Addressing Economic Recovery 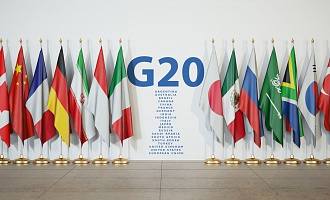 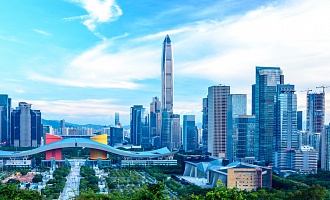