The Regional Comprehensive Economic Partnership (RCEP) trade agreement will take effect starting from Jan 1, 2022. What are the opportunities and challenges faced by China and Japan bilateral trade and economic exchange? What are the implications for Sino-Japan industrial cooperation?

China and Japan have large room for cooperation in emerging industries and the two sides should seek complementary development, scholars said on Thursday.

They made the remarks at an online seminar on China-Japan industrial cooperation and development, co-organized by the Shenzhen-based think tank China Development Institute and Beijing-based think tank Pangoal Institution.

"For China and Japan, the space for cooperation in traditional industries is not that large. But in emerging industries, it is huge," said He Jun, director of the enterprise innovation research office of the Institute of Industrial Economies at the Chinese Academy of Social Sciences.

"This is because each of the two countries has developed unique advantages in emerging industries. Therefore, they can leverage each other's strengths to jointly promote the development of those industries."

He took the industrial internet as an example. "While Japan excels in software and operational technology, China is developed in communication technology. If the two could work together to form a sound cooperative mechanism, it will be a win-win situation for both sides."

He's view was echoed by Cao Zhongxiong, director of the New Economy Research Centre at CDI, who believes China and Japan could explore more cooperation in blue ocean markets in the digital field by integrating China's digital technologies with Japan's manufacturing.

Japan can also provide talent support for the development of the Chinese digital economy, he added.

Cao also noted that China's globalization drive, transformation of industrial structure and consumption upgrade will create large opportunities for Japan and called on Japan to grasp the opportunities.

China and Japan to further open up bilateral industrial cooperation

The Regional Comprehensive Economic Partnership (RCEP) trade agreement will take effect as of January 1, 2022. In light of the changing regional economic landscape, on November 4, 2021, China Development Institute (CDI) and the Pangoal Institution co-organized a webinar themed Sino-Japan industrial development and bilateral cooperation under RCEP where scholars from both countries shared insights on how China-Japan economic cooperation and trade should respond to global economic uncertainties and how to bring China-Japan industrial cooperation to a higher level.

Dr. Guo Wanda, Executive Vice President of CDI, proposed that China and Japan bilateral cooperation should further open up in order to achieve win-win outcomes under the framework of the RCEP against the suffering global economy, while fully accommodating market demands and complementarily building on each party’s respective strengths.

Yi Peng, Chairman of Pangoal Institution, suggested that China and Japan should explore cooperation in finding solutions to key issues such as the aging population and climate change. In addition, China can learn from Japan’s rich and valuable experience in medical and recreational industries and clean energy technology development. Once RCEP comes into force, the rest of RCEP signing members will be motivated to accelerate their rectification process and attracted by the huge regional potential unleashed by it. The global economic recovery will undoubtedly benefit from it as well.

Global supply chain has been largely affected by Sino-U.S. trade frictions and the COVID-19 pandemic. Li Wei, professor at School of International Studies, Renmin University of China, suggested that since Japan and the United States share strong interests in reshaping the supply chain, industrial transfer is likely to occur among Japanese companies, namely the China-based Japanese enterprises that operate internationally, especially those in the manufacturing sector. Although it’s less likely to see obvious industrial transfer among Japanese multinationals with China as their main consumer market.

Chi Hung Kwan, senior fellow at Nomura Institute of Capital Markets Research, said that China's "dual circulation" strategy will have impacts on the global economy as well as Sino-Japan cooperation. On one hand, China's growing domestic production will lead to reduced imports of intermediate products such as parts and components, and Japanese and Korean enterprises will face greater competitive pressure from their Chinese counterparts. On the other hand, with the continuous upgrading of China's domestic industries, more commodities originally produced for exports will be sold domestically, providing opportunities for emerging economies such as ASEAN to expand their share of labor-intensive products in the global market.

Pang Zhongying, distinguished professor at Ocean University of China, advised that under the impact of the pandemic, countries around the world have tightened their trade policies, posing a significant challenge to the multilateral trading system. Once RCEP takes effect, free trade among East Asian economies will be enhanced. As two major economies in East Asia and important members of RCEP, China and Japan should establish a more resilient industrial chain and supply chain in a bid to alleviate the adverse effects of unilateralism and anti-globalization on regional economic development.

He Jun, researcher at the Institute of Industrial Economics of Chinese Academy of Social Sciences, offered that there is still huge potential for Sino-Japan cooperation. On one hand, China needs to further open-up its market while improving the intellectual property protection mechanism. On the other hand, Japan derives its industrial advantages from a closed supply chain; its opening-up to China is critical to the qualitative improvement of Sino-Japan cooperation. Moving forward, Sino-Japan industrial cooperation lies in industries where one has a lot to offer to the other, such as Japan’s elderly care and medical device industries and China’s mobile communication terminals and system equipment industries.

Cao Zhongxiong, Director of New Economy Research Institute at CDI, proposed that in order to cope with the challenges brought about by a changing global industrial chain, China-Japan cooperation should seize four major opportunities, namely, 1) consumption upgrade in China's market; 2) transformation of China's industrial structure; 3) China’s efforts to make up for missing links in its industrial chain and supply chain; 4) China's efforts to participate in depth in global industrial operations. China-Japan future cooperation will need to give consideration on higher level industrial chain and supply chain, and digital technology applications.

Liu Qingbin, professor at Institute for Advanced Study, Yokohama National University, suggested that as a leader in analog technology, Japan is highly dependent on fax for daily information exchange within and between its government authorities and enterprises, with digital reform slowly progressing. Thus, there are broad prospects for cooperation between China and Japan in digital technology platform and digital business platform among other fields of digital economy in the future. In addition, China and Japan future cooperation should lean towards industries like prefabricated construction which is a well-developed industry in Japan but not in China. 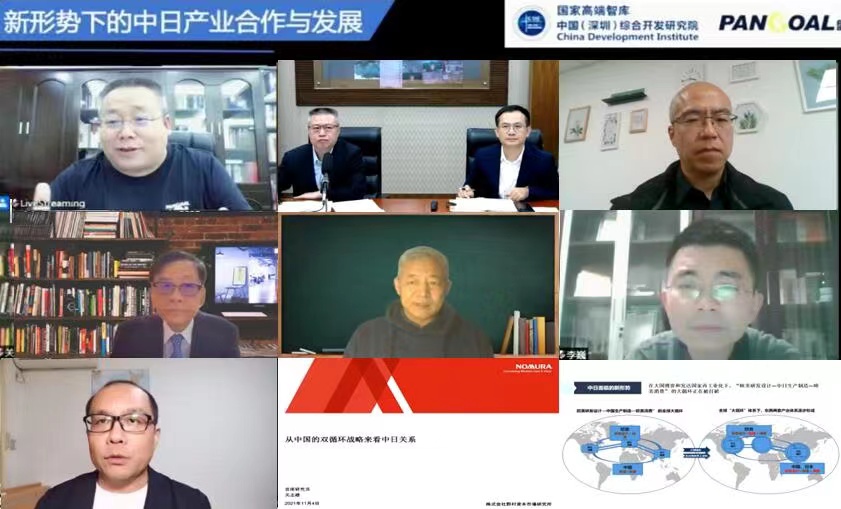 View the embedded image gallery online at:
https://en.cdi.org.cn/component/k2/item/763-rcep-sino-japan-economic-and-trade-cooperation-outlook#sigProIde8d3aa788c
Tagged under
back to top 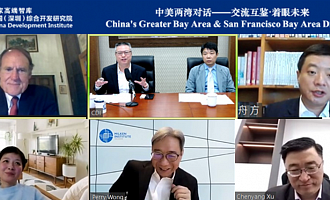 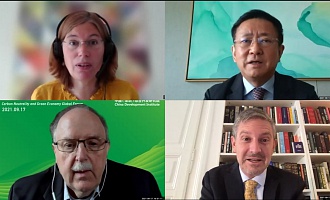 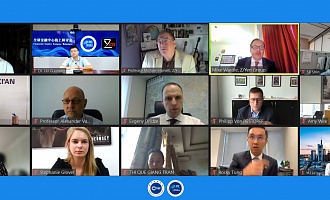