On China-Japan Cooperation for Win-Win Benefits 2018 is a year of uncertainties and challenges. The global economic orders have been challenged by protectionism and unilateralism. What impact does the US-China trade tension have on Chinese economy and the world economy? What experience can China learn from Japan-US trade frictions? How can China and Japan enhance their cooperation to address global economic uncertainties? What experience can China learn from Japan to promote its industrial upgrading and scientific innovation?

China-US trade frictions will have some negative effects on China’s economy. For example, Guangdong, a major exporter of the country, has felt direct impacts on its exports, financial market and high-tech businesses, as it has a relatively large share of processing trade that involves many high-tech companies. As a result, China should further open its market and enhance IPR protection, thus giving a new impetus to its economic growth. Meanwhile, China should also stay committed to independent innovation to boost sustained growth and minimize the impacts of trade tensions on its economy.

Industrial Policies of China and Japan

There is enormous potential for China-Japan cooperation in industrial and technological fields. Japan is strong in hardware manufacturing, such as high-tech parts, industrial equipment and robots, etc, while China is more competitive in internet and innovation. The two countries should leverage their competitiveness to fuel Asian industrial upgrading. China and Japan can also cooperate in the third markets such as the countries and regions along the Belt and Road. 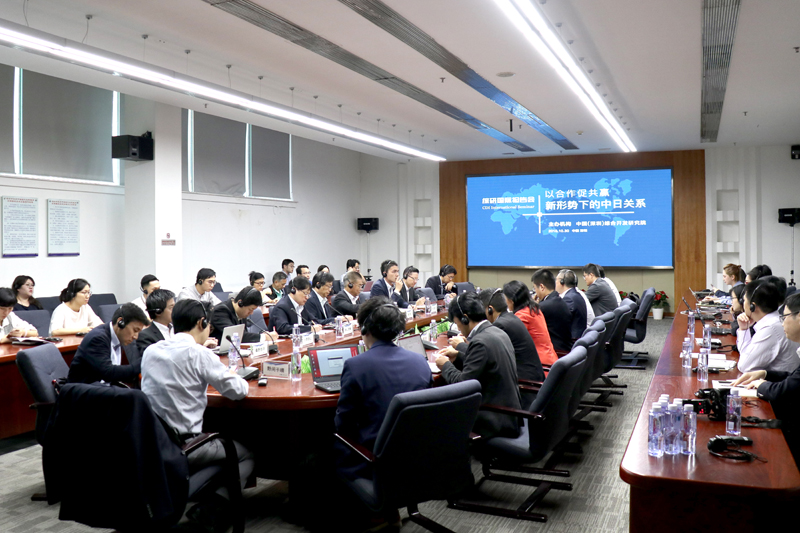 View the embedded image gallery online at:
https://en.cdi.org.cn/component/k2/item/456-on-china-japan-cooperation-for-win-win-benefits#sigProIda7af158ab4
back to top