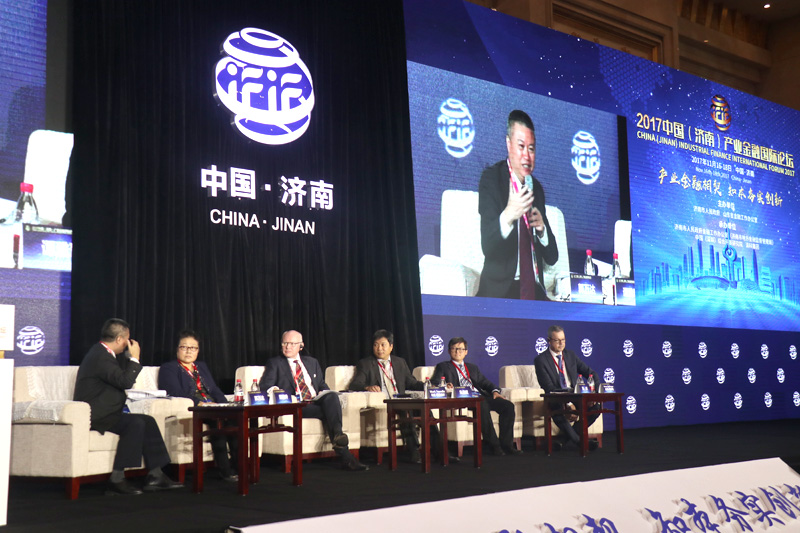 The forum gathered experts from China, Germany and the UK and explored ways how finance can better serve the real economy.

Under the backdrop of high GDP generated from the financial industry, the resource allocation cannot meet the capital demand of the real economy. Finance should serve the industry, instead of playing a dominant role. To develop the industrial finance is an urgent need for economic growth.

China witnesses an unbalanced and insufficient development in its financial industry, which could be demonstrated in the following aspects: First, the structure of the financial industry. Up to last year, the scale of the banking industry of China is twice that of the United States, but the number of non-bank financial institutions in the United States is over six times that of China. The underdeveloped non-bank financial institutions in China have impeded the development capital markets. Second, non-bank financial institutions transact business that should be done by the banks. For example, the universal life insurance of the insurance industry is indeed a solicitation of deposits with a high interest rate. Third, high financing costs in real economy and the increasingly expanding land finance. As a large amount of capital is invested in the real estate industry and infrastructure projects, the real economy will inevitably face financing difficulties and bear high financing costs. Fourth, underdeveloped capital market. Due to the backwardness of Chinese institution investors, the value of China’s stock market only amounted to USD 7 trillion last year, the value of bond market of less than USD 10 trillion, and the value of derivatives market was almost negligible. Fifth, opening-up. The value of China’ external assets only amounts to USD 6.5 trillion, accounting for one third that of the United States, which demonstrated its beginning stage of opening up.

China should follow four principles: returning to the fundamental purpose, optimizing structure, strengthening regulation and being market-oriented, to reform the financial industry and prevent systemic risks.

Firstly, return to the fundamental purpose to enable banks and non-bank financial institutions to give play to their original functions. The banking industry should be pushed forward through optimizing the loans and deposits business. The insurance industry should serve for risk guarantee, and then give full play to its financial functions as an institutional investor. The asset management industry should be entrusted by investors to manage assets. The principle of licensed operation and unified supervision for innovative finance such as the Internet finance should be followed. There are problems of homogenization in current banking system of China, such as excessive competition awareness and absent cooperation awareness. For example, small and medium-sized banks always turn to large enterprises like large banks in the end, instead of serving SMEs.

It should be pointed out that striving to develop direct financing should not be prescribed by policies but should be the result of market development. Given the global experience, the financing channel of large enterprises has transformed from banks to bonds, resulting in banks turning to target at SMEs. There is not a best mode among the multiple financing channels. As the economy of China is experiencing a shift in driving forces, the rapid growth of direct financing will be the evitable result of market development. It is difficult for new economy industries, namely industries with focus on human resources and intellectual property, to obtain sufficient funding support through the traditional channel. Therefore, the development of new economy industries will be supported mainly through innovative modes of PE and VC.

Thirdly, strengthen supervision. Financial management falls within the administrative authorities of the central government, but the risk disposal accountabilities on the local government should be strengthened and the ability of regulatory authorities to supervise should be enhanced. The Financial Stability and Development Committee newly set up under the State Council will be bound to have strong coordination ability. The supervision responsibility of the central bank on the financial market should be separated and the foreign exchange control system should be reformed. Finally, the macro-currency control framework should be strengthened.

Fourth, be market-oriented. Better playing the role of the government is the prerequisite to give full play to the decisive role of the market in the allocation of financial assets. The government should not directly or indirectly intervene with the allocation of financial assets, but to supervise the market in a clear and unified way and not allow the business and products from unsupervised institutions entering the market. The function of government is not necessarily to offer substantial capital support, but more importantly to provide a sound environment.

Fiscal system reform is the prerequisite for financial system reform. If the government could not transform the fiscal system from the development-oriented finance pursuing GDP to the public-oriented finance providing public goods, it would be difficult for the finance industry to serve the advanced manufacturing industry and modern service industry. What’s more, the reform of the financial industry and the real economy should be carried out simultaneously. If the reform of the real economy is not intensified, it will be extremely difficult to control risks in the financial reform. 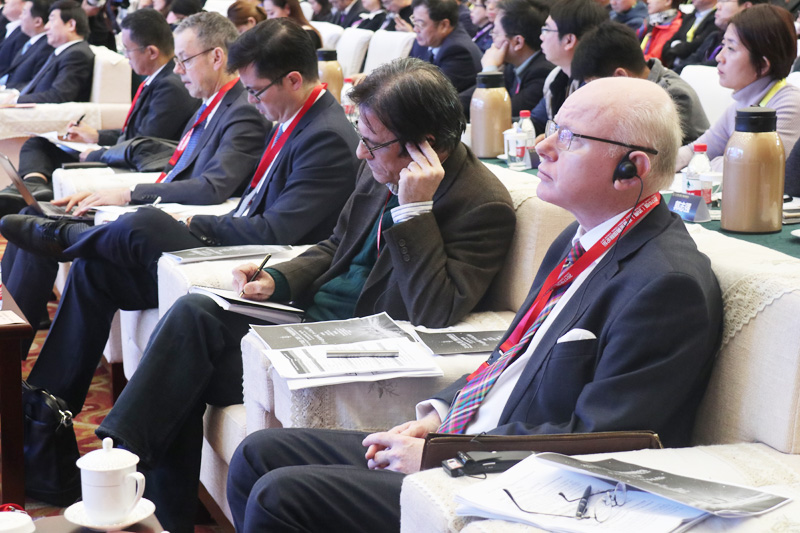