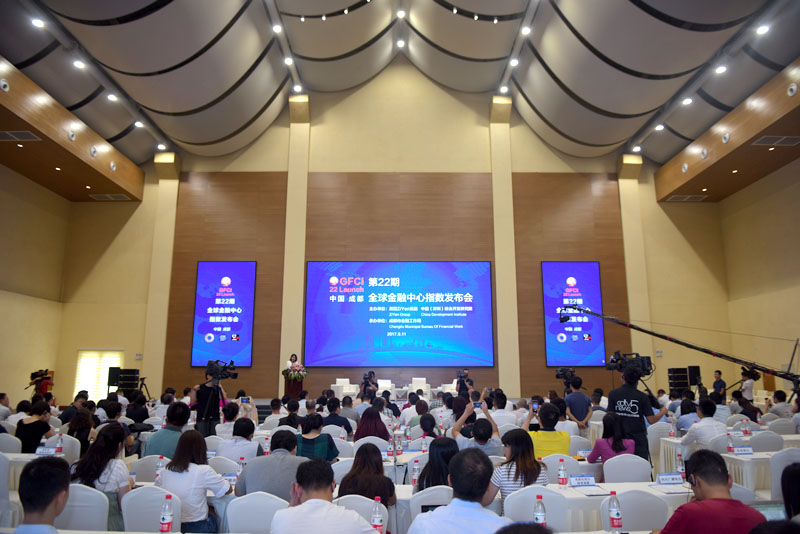 The Global Financial Centres Index 22 (GFCI 22) was launched simultaneously in Chengdu, China and Abu Dhabi, The United Arab Emirates on September 11, 2017. GFCI 22 was jointly compiled by the Z/Yen group and CDI. 108 financial centres were scored and ranked from the perspectives of business environment, financial system, infrastructure, human capital, and reputation.

There are seven cities across the Chinese mainland rated in the GFCI 22, namely Shanghai, Beijing, Shenzhen, Guangzhou, Qingdao, Dalian and the newcomer Chengdu. Among them, Shanghai got 711 points and ranks 6th, rising 7 places in the rankings. Beijing rose 6 places to the 10th position. Shenzhen got 689 points and ranks 20th, rising 2 places. Shanghai, Beijing ,and Shenzhen are in the top 20 financial centres. Guangzhou ranks 32nd and Qingdao ranks 47th. Chengdu, first enlisted in the GFCI rankings from the associate centres list, ranks 86th and got 604 points. Dalian fell to 92nd.

Western European financial centres are still volatile. Frankfurt, Dublin, Paris and Amsterdam all rose, but Zurich, Geneva, and Luxembourg fell in the ratings. Overall assessments for the European centres continued to fluctuate as people speculate about which centres might benefit from London leaving the EU.

All centres in North America fell in the GFCI ratings. New York fell. San Francisco, Boston, Chicago, and Washington also saw large falls. The decline of Canadian centres was less severe than the falls of the USA centres.

All of the Eastern European centres rose in the ratings. Cyprus, Athens, St Petersburg, and Moscow reversed some of their recent declines.

Financial centres in the Middle East and Africa showed mixed results in GFCI 22. Dubai and Casablanca fell slightly, but other centres in the region did well.

European ‘island’ centres did well. The British Crown Dependencies of Jersey, Guernsey, and the Isle of Man all per-formed strongly and there were also strong rises for Malta, Reykjavik, and Gibraltar.

View the embedded image gallery online at:
https://en.cdi.org.cn/component/k2/item/373-the-global-financial-centres-index-22-launch#sigProId5ad52287fe
back to top