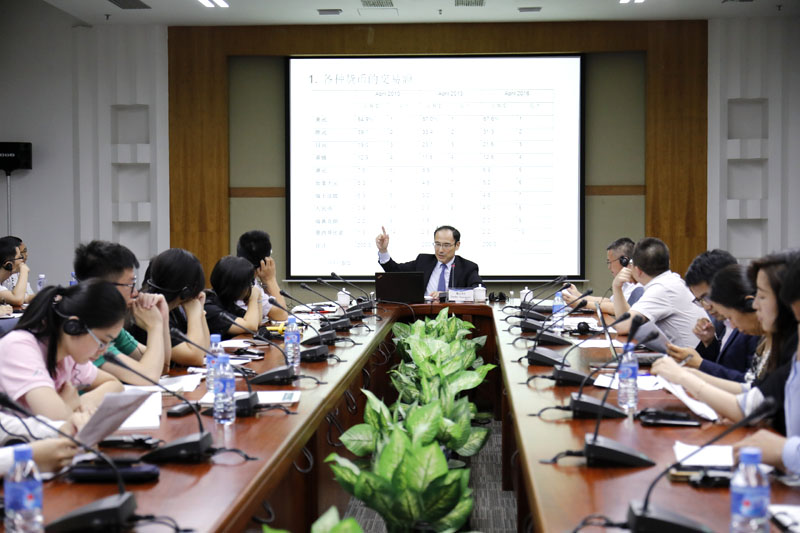 Process of the Yen’s internationalization

The setbacks in interest rate liberalization and economic bubbles have affected the progress of Yen’s internationalization. In retrospect, Japan revised the law on foreign exchange management in 1980, and abolished the limit on trade between the Yen and foreign exchange in 1984, thus introducing the freely floating exchange rate regime and liberalizing the transaction of capital account items, but the reform on interest rate failed. Meanwhile, “window guidance” still applied by Japan’s central bank has had a negative impact on the effectiveness of Japan’s monetary policies, resulting in a huge influx of capital into Japan, which became an important trigger for the country’s economic bubbles. The occurrence of the bubble economy and its final burst severely disrupted the financial market of Japan and also hindered the internationalization of the Yen.

The low interest rate and low foreign exchange rate policy has weakened the Yen’s appeal for investors, putting its internationalization under huge pressure. Following the burst of the bubbles, Japan’s central bank switched from the previous monetary tightening to a slash of interest rate to recover the economy and boost domestic demand. Between 1991 and 1995, the central bank downwardly adjusted the benchmark discount rate for a total of 9 times, and the interest rate of the Yen has been at relative lows throughout the “lost two decades”. Meanwhile, with the turbulence in financial market in the wake of the Asian financial crisis and the substantial devaluation of the Yen, the value of the Japanese Yen against the U.S. dollar was in a long-time doldrums. Against these dual backdrops, foreigners were lukewarm about investing in Yen. The internationalization of Yen slowed down again due to insufficient demand from the external market.

Experience from the Yen’s internationalization

First, it is essential to properly measure financial liberalization reform. The setbacks experienced by the Japanese Yen in internationalization shows that the optimal time sequence is to first liberalize interest rate and foreign exchange rate, and adjust domestic monetary policies, before opening up the capital market. In promoting the internationalization of the RMB, it would be highly risky to speed up the opening and liberalization of the capital account without supporting reforms. Before achieving full development of China’s financial market, it might be impossible for offshore operations to avoid risks and shocks, which will threaten the stability of the domestic financial market. The precondition for an open and liberal capital account is therefore free exchange rate and interest rate with timely adjustments of monetary policies.

Secondly, the opening of the financial market shall be dynamic while maintaining stability. The marketization of interest rate in Japan is a slow and gradual process, during which period Japan’s financial market has maintained overall stability. From this sense, the “window guidance” policy by the Japanese government is not without merits. However, being overly focused on the stability of financial market at the expense of the reform would increase the vulnerability of Japan’s financial system, which became all the more evident with the emergence of non-performing loans following the burst of bubbles. Therefore, China must approach financial stability with a holistic view, promoting financial reform at a measured pace while adjusting monetary policies to create favorable conditions for the internationalization of the RMB.

Regional economic cooperation to bolster the internationalization of a currency

The integration into regional economic and financial cooperation is conducive to enhancing the competitiveness of the local currency. It has become a consensus between China and Japan to reduce dependence on the U.S. dollar and the use of it since the outbreak of the financial crisis in 2008, with the cooperation on currency becoming a new area where financial interests converge. In June 2012, direct cross-border trade between the Japanese Yen and the RMB was officially made possible, simultaneously starting the direct trade between the Yen and the RMB in Tokyo and Shanghai. The report on Japan’s foreign exchange issued by Japanese Ministry of Finance mentioned Japan’s willingness to enable direct trade with other Asian countries, as well as a foreign currency settlement system covering the RMB. This came as a new opportunity for China and Japan to cooperate on the internationalization of their respective currencies. It is of great significance to promote currency cooperation between the two countries and across Asia. View the embedded image gallery online at:
https://en.cdi.org.cn/component/k2/item/370-cdi-international-report-on-rethinking-on-rmb-internationalization#sigProId2820483b03
back to top