2017 marks the 20th anniversary of Hong Kong’s return to China and the development plan for the Guangdong-Hong Kong-Macao Greater Bay Area, which will become a strategic “pivot” for the opening-up to the outside world and the “Belt and Road” initiative, was included into this year's Government Work Report. Holding discussions on scientific and technological innovation, talent flow and institutional integration, the forum is aimed at offering policy recommendations on the development plan for the city cluster.

LEONG Vai Tac, Secretary for Economy and Finance, Government of Macao Special Administrative Region of the People's Republic of China

“The Guangdong-Hong Kong-Macao Greater Bay Area is facing two major transformations; the transition from individual cities to a city cluster and the transition from the original manufacturing center, financial center and service center to a scientific innovation center.”

The development of the Guangdong-Hong Kong-Macao Greater Bay Area requires the cities to pursue fair benefits for all parties with no distinguishing distribution. Therefore, the coordination by higher-level institutions is the prerequisite. Having a sound industrial chain distinguishes China’s Greater Bay Area from other bay areas in the world. Thus, the producing process can be made inside the Bay Area to reduce manufacturing costs.

“The prerequisite of innovation elements, like talents, should be sought from all over the world.”

The Guangdong-Hong Kong-Macao Greater Bay Area needs to absorb world-class resources and integrate with key elements of development. Successful businesses draw on the advantages of various places. For example, DJI was a scientific research project in Hong Kong, but it started up in Shenzhen and finally produced UAVs in the Pearl River Delta. It is now a world-class company with 90 percent of the global market share.

Hong Kong is highly internationalized, which can attract scientific and technological enterprises. The Guangdong-Hong Kong Macao Greater Bay Area should build an innovation eco-system featuring integration of enterprises, universities and research. For example, Stanford not only cultivates talents, it also can retains them for the development of the Silicon Valley. The governments of Guangdong, Hong Kong and Macao should establish a smooth coordination mechanism, working together to seek talents and markets from the world.

“The flexible mechanism of Hong Kong can facilitate the establishment of private universities, so that “Hong Kong-Shenzhen-Dongguan” could become China’s Silicon Valley.”

Hong Kong has a lot of achievements in scientific research. In order to commercialize the scientific research, Hong Kong should use its flexible mechanism to establish private universities in the Hetao area, a science and technology zone jointly developed by Hong Kong and Shenzhen. Hong Kong should also bring new technologies into the city cluster of Hong Kong, Shenzhen and Dongguan, therefore, develops China’s own Silicon Valley with sound manufacturing systems.

“Silicon Valley is self-motivated and self-driven.”

The entrepreneurs will turn into venture capitalists and more talents will be attracted with the venture capital. In this way, Silicon Valley is self-motivated and self-driven. For example, universities like Stanford are not just academic institutions and they also actively encourage students to start their own businesses. Some big companies will cultivate many talents, and encourage them to create new small companies. Talent is the key element of innovation. About 45 percent of Silicon Valley's entrepreneurs come from abroad. If you can bring innovative ideas, Silicon Valley will open the door for you and provide the resources you need. Free flow of ideas is a prerequisite for innovation.

“The Guangdong-Hong Kong-Macao Greater Bay Area enjoys an advantage in manufacturing. Now we are in era of artificial intelligence, which is an opportunity for the city cluster.”

The Guangdong-Hong Kong-Macao Greater Bay Area has a solid foundation for manufacturing which is different from the Silicon Valley. Now that we are about to step into the era of artificial intelligence, the city cluster becomes very competitive because it can connect software, hardware and services. For companies in the Bay Area, especially small and medium-sized ones, they are exposed to the latest technology which can change the world and seek investment from Hong Kong. 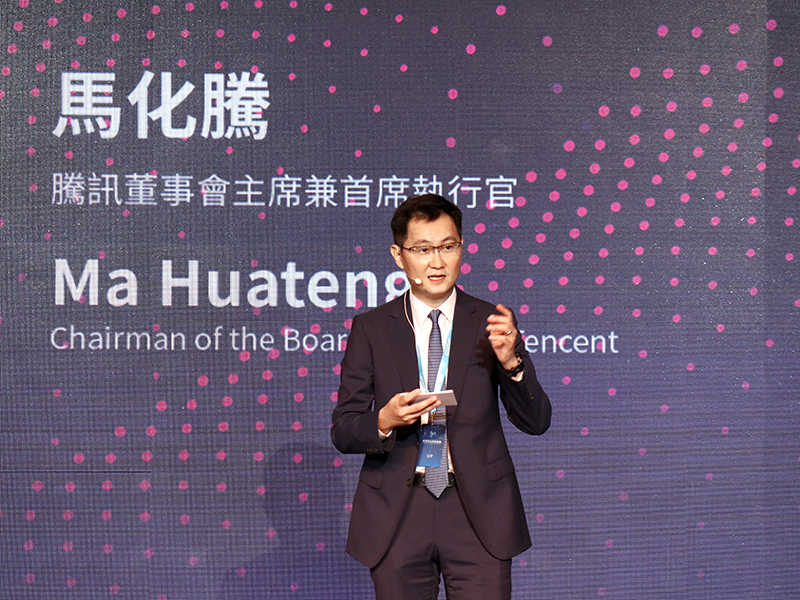 Please visit the link below to view the video: