CDI International Report on US Trade Policies under the Trump Administration 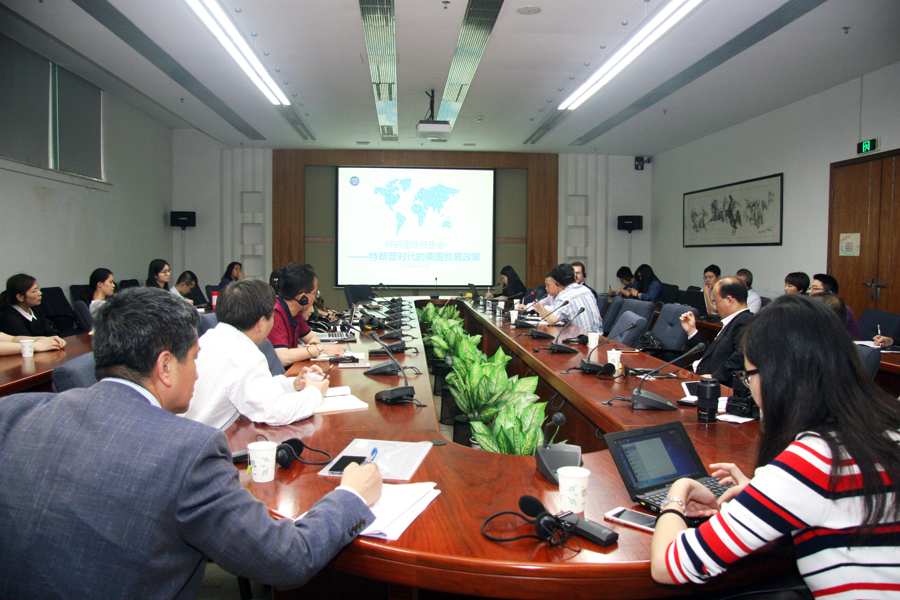 CDI International Report, themed on “US Trade Policies under the Trump Administration”, gathered experts and scholars to have an intense discussion on the current US trade policy and its possible influence on the Sino-US relationship.

Theme: US Trade Policies under the Trump Administration

The best quotes from the forum are as follows:

The U.S. would make trade policy on the basis of its own interests, with goals of increasing growth rate, decreasing trade deficit, strengthening manufacturing base, cracking down on dumping, etc.

The main members of Trump’s current trade group include Willbur Ross, U.S. Secretary of Commerce, Gary Cohn, chief economic advisor to President Donald Trump and Director of the National Economic Council, etc. Most of them hold negative attitude toward China.

During Donald Trump’s presidency, a series of trade policies were made such as tighter enforcement in collecting AD/CVD tariffs and comprehensive review of US trade deficits. These policies would exert some influence on the trade relationship between China and the U.S.

“China would never be interfered by America’s trade policy and would carry out its own policies on industrial restructuring, finance as well as state-owned enterprises independently.”

According to the rules of international trade, if the production line of Apple be moved back to its homeland, US would definitely hurt itself. However, if Trump insists to carry out this policy with blue collar’s support, the trade environment would be quite complicated.

Although the trade relationship between China and US confronts many challenges, we still have confidence in the future.

View the embedded image gallery online at:
https://en.cdi.org.cn/component/k2/item/324-cdi-international-report-on-us-trade-policies-under-the-trump-administration#sigProId2c724f0133
back to top