Editor’s Note: The 8th BRICS Summit, themed on “Building Responsive, Inclusive and Collective Solutions”, was held in Goa, India from October 15 to 16, 2016. President Xi Jinping’s proposal of common and innovative growth mode for the cooperation between BRICS countries could not have been timelier. 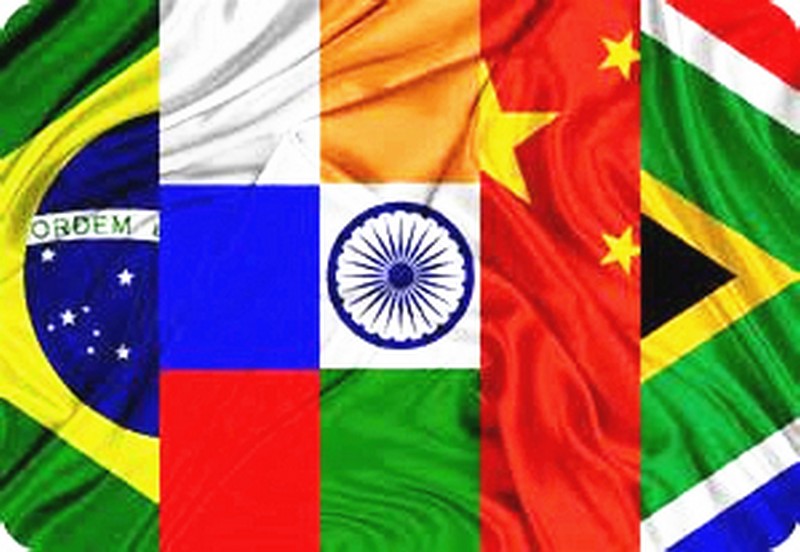 The 8th BRICS Summit, themed on “Building Responsive, Inclusive and Collective Solutions”, was held in Goa, India from October 15 to 16, 2016. President Xi Jinping’s proposal of common and innovative growth mode for the cooperation between BRICS countries could not have been timelier.

IMF has lowered the 2016 world economic growth forecast to 3.1% and the world trade growth rate forecast to 2.3% in its latest economic outlook, while it has raised the economic growth forecast of emerging markets and developing economies to 4.2%. However, the BRICS countries are also confronted with their own growth pains as China is striving to achieve structural restructuring and rebalancing; Russia and Brazil are under pressure of serious economic downturn and negative growth due to commodity downside; South Africa is suffering from sluggish economic growth as a result of high unemployment, power shortage, etc; investment environment reform in India is yet to be tested by the market. So how are the BRICS countries in 2016?

Brazil is in the midst of the longest recession since the 1930s. However, thanks to the Olympic Games, there are signs of recovery in Brazil’s economy. First of all, the economic decline is now consistently slowing. Although in the second quarter of 2016, Brazil’s GDP growth was -0.6%, there was a trend of improvement as compared to -2.3% in the second quarter of 2015. Secondly, imports and exports continue to improve, as Brazil’s exports surpassed imports in the second quarter of 2016, achieving a growth rate of 6.2%. Third, the inflation rate has declined from 11.3% in January to 9.15% in September. On October 10, Brazil’s House of Representatives passed a bill to set the upper limit for the public budget in the first round of vote, which limited the growth of budget spending in the next 20 years under the level of inflation. Fiscal tightening measures will help to revive confidence in the market and inject new vitality into the Brazilian economy.

Russia's economic structure is relatively unitary with its long-term dependence on crude oil and natural gas exports, which weakens its ability to withstand external shocks. First, Russia's economy in 2016 is still declining, but the decline rate continues to decrease. Russia's economic growth rates were -1.16% and -0.57% in the first and second quarter of 2016 respectively, registering the lowest level of economic decline compared with the four quarters of 2015. Second, Russia's employment situation has been improved since the unemployment rate fell from 5.9% in January 2016 to 5.2% in April, showing a downward trend. The unemployment rate in 2016 was lower than that of last year. Third, energy exports have shown some improvement. In the first half of the year, Russia's crude oil exports have increased by 5.9% year on year and coal exports by 8.2%.

India's bonuses of domestic labor resources and market demand are playing a role as it has the highest economic growth rate in the BRICS countries. The government announced a series of incentives to stimulate the manufacturing and infrastructure. "Made in India" plan has received great praise, yet the reform remains to be tested by markets. First, India's economic growth rate is still strong, GDP has grown by 7.1% in the first quarter of 2016-2017 fiscal year (April-July). Second, the non-agricultural industrialization in India has made a significant difference as the added value manufacturing sector has grown at a rate of 9.1%. Moreover, the proportion of India's non-agricultural industry in GDP has been on constant rise. Third, India's trade deficit is shrinking. In the first quarter of 2016-2017 fiscal year, India's exports volume rose by 3.2%, narrowing the proportion of trade deficit in GDP to 0.1%. Fourth, the rate of inflation has declined, in September, the inflation rate was 4.31 percent, 1.3 percentage points lower from the previous month.

China's economic growth rate fell slightly, yet economic structural indicators have since been optimized and improved. First, Chinese economy registered a growth rate of 6.7% both in the first and second quarter of 2016, remaining one of the fastest growing economies in the world. This has been due to continuous optimization which has taken place in industrial structure, with the added value for high-tech industry having increased by 10.2% and the profit growth of industrial enterprises above designated size having grown by 6.4%. Indicators related to residents’ livelihood are also improving, in the first half of 2016, the per capita disposable income increased by 8.7% and CPI rose by 2.1% with the price generally remaining stable. Additionally, import and export declines have narrowed further, imports in the first half of 2016 decreased by 4.7%, 3.7 percentage points narrower; exports have fallen by 2.1%, 3.6 percentage points narrower.

South Africa's economy has seen slow increase in recent years. Economic indicators fail to show signs of the country going out of recession. Standard & Poor's as well as Fitch have rated South Africa as "BBB-" on sovereign debt. First, macroeconomic growth in South Africa is almost stagnant, real GDP growth in the first half of 2016 was only 0.3%, significantly lower than that of the last year. Second, unemployment rate remains elevated, in the first and second quarter of 2016, South Africa's unemployment rate was 26.7% and 26.6%, the highest over the past 10 years. The high unemployment rate means that one out of every four people in South Africa’s working population is jobless. Third, power shortage is still serious due to the construction of new power facilities clearly lagging behind the needs of economic growth. South African power company Eskom also noted that if South Africa fails to develop nuclear power by 2035, the 2008 power crisis will arise again.