Editor’s Note: The downward trend of Chinese economic growth will to some extent help to break the vested interest in reform and opening-up, thereby laying the foundation for sustainable economic growth of China in the “New Normal”. 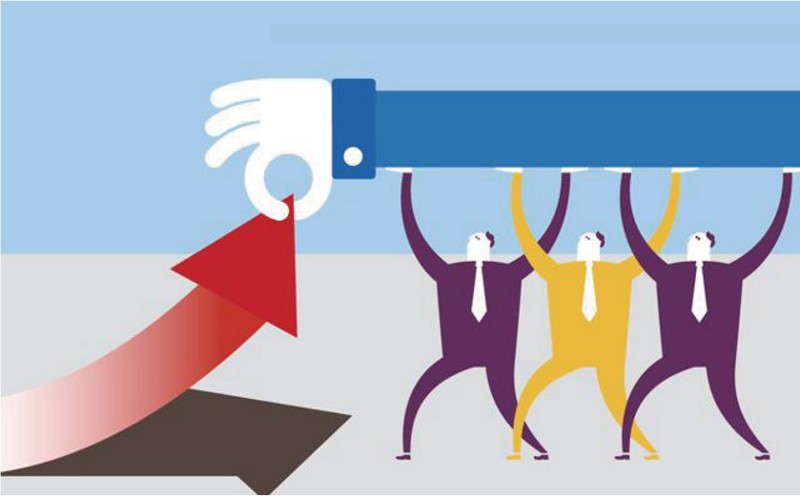 Since 2011, China's annual growth rate has fallen from a 2-digit number to about 7%. It is true that China is experiencing economic restructuring. However, one would “miss the forest for the trees” if they considered this short-term restructuring as a long-term law.

Firstly, China has high-quality human resources. The Chinese spirit of diligence and endurance, particularly in the period of reform and opening-up, have transformed into development impetus. In just 3 decades, Huawei has grown into the world’s largest provider of telecoms equipment with the above-mentioned spirit. The Chinese people live a thrifty life and accumulate wealth, resulting in the fact that China accumulates capital faster than any other country in the world. It is true that China is now gradually becoming an aging society, which means the total labor population is in decline. However, the percentage of Chinese people receiving university education is rising considerably. In 2015, 7.5 million graduates graduated from universities, approaching the total population in Israel. According to the results of a study by the OECD in 2012, by 2020 29% of graduates aged between 25 and 34 in the world will come from China. For these reasons, we can safely expect the high-quality labor force of China to continue to rise in the future.

Secondly, China has huge market demand. After experiencing rapid growth over the past 30 years, 1.3 billion Chinese people have gotten rid of poverty. By 2020, when China fully realizes a well-off society, the market size and purchasing power of China will continue to grow; in fact, this can already be seen in the fever with which Chinese people shop all over the world nowadays. The Chinese people are also curious about new ideas and technologies and show a higher than average tolerance for taking risks in innovation. For example, Chinese people change their mobile phones very frequently and they have a higher tolerance for risks, which ensures that the mobile and internet industries of China quickly upgrade products and technologies. We can predict that, after this round of economic restructuring, it is highly possible for China to lead global industrial development in mobiles, Internet, IOT, e-commerce and even new-type finance.

Thirdly, China pushes forward market-oriented reform. Regarding its market-oriented reform, China didn’t take “shock therapy”, but “crossed the river by feeling the stones”. Over the past 30 years of reform and opening-up, the Chinese economy has made huge achievements in its transition. It is clear that reform and opening-up in China are still underway, and there are still huge opportunities to release the bonuses. The downward trend of Chinese economic growth will to some extent help to break vested interests in reform and opening-up, thereby practically promoting the process and laying the foundation for sustainable economic growth in China under the “New Normal”.