Investment was up 8.9% y/y January-August, and increased 8% from August 2019, with an annualized growth rate of 4%, down 0.5 ppt from H1. Real estate is cooling dramatically, to the 2008 financial crisis level. COVID outbreaks in August negatively impacted consumption. Retail sales of social consumption goods rose 2.5% y/y, down 6 ppts from July. Their growth rate after price adjustment was 0.9% y/y. As we forecast, trade became weaker. Exports rose 15.7% y/y, down 4.4 ppts from Q2. Imports rose 23.1% y/y, down 8.5 ppts from Q2.

Producer prices increased further in August. The ex-factory price index of industrial goods rose 9.5% y/y; PPI increased 13.6% y/y, both 0.5 ppts higher from July. However, we forecast that producer price appreciation will stabilize in November, and that prices will begin to fall. CPI rose 0.8% y/y, falling for three consecutive months. We expect the lowering of CPI to be temporary, and to reach around 2%, after food prices stop declining.

In August, monetary policy continued its tightening trend. M2 rose 8.2% y/y, basically stable since April. M1 rose 4.2% y/y, continuing to fall, reaching its the lowest of 2021, down 0.7 ppts from July.

China is announcing intensive policies in specific key areas, to address structural reform. In the financial industry area, President Xi Jinping announced on September 2nd that a third stock exchange in Beijing would be established, in addition to the existing two exchanges in Shanghai and Shenzhen, to serve small and medium-sized businesses. In regional policies, Shenzhen’s Qianhai and Zhuhai’s Hengqin areas are being pushed to deepen their ties with bordering Hong Kong and Macau. The Qianhai economic zone is to expand eightfold. There are also other new industry rules for the real estate and education sectors. All of these plans underscore the central government’s effort to develop a healthier economy, by being more open and more market-based. But policy uncertainty looms over investment in the short term. The possible default of real estate companies such as Evergrande also raises some fear of turmoil in China’s financial market. But we do not see this as a systematic threat. 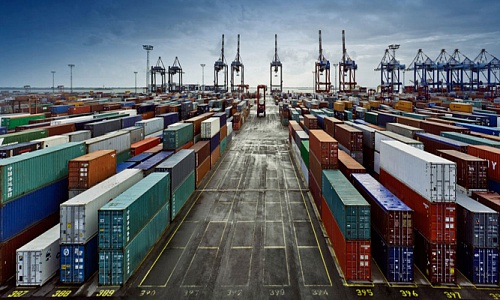 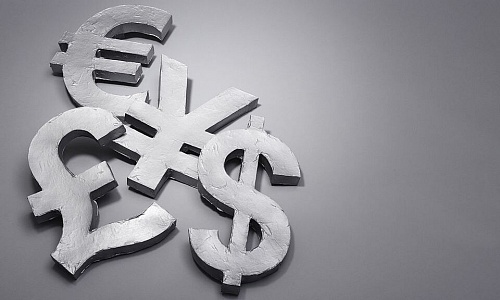 Stronger yuan against a weak dollar

Consumption has recovered further. In May, retail sales of social consumption goods rose 9.3% y/y from May 2019, with an annualized growth rate of 4.5%, up 0.2 pps from April. Trade has been strong since the beginning of this year, especially for imports, which are growing robustly. In May, imports rose 39.5% y/y. Exports rose… 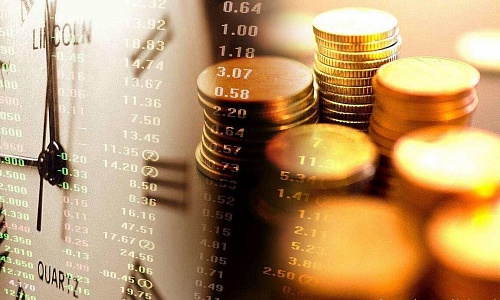 Growth is stable. Industrial output was up 9.8% y/y in April, and up 14.1% y/y from April 2019, with annualized growth of 6.8% y/y, the same as in Q1, and higher than the pre-pandemic levels in 2018 and 2019. Investment is still weak, and rose 8% y/y from April 2019, with an annualized growth rate of 3.9% y/y, up 1.3 pps from Q1. We expect economic growth to be strong, though fiscal and monetary policy are not loosening. Our forecast is based on strong trade growth from global economic recovery, commodity price appreciation and demand recovery. 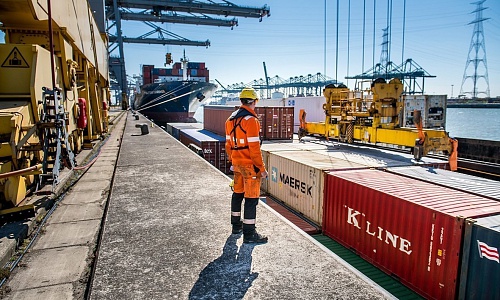 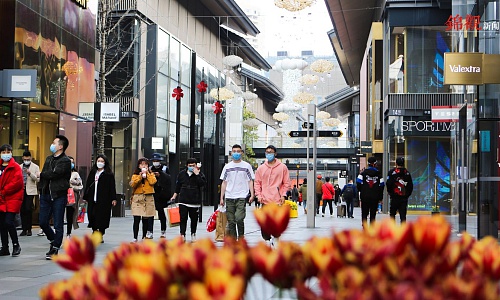 Economic recovery is still going strong. In January-February, industrial output was up 35.1% y/y, and up 16.9% compared to January-February 2019. Annualized growth was 8.1% y/y, higher than all quarterly growth since 2015, and up 1 pps from Q4 2020. Since the Chinese economy was shut down to a large extent last February due to COVID-19, we also look at growth rates for most indicators by comparing their performance with the same period in 2019.

In January-February, investment fell -35% y/y, and was up only 3.5% y/y from the same period in 2019. The investment slowdown is mostly due to the… 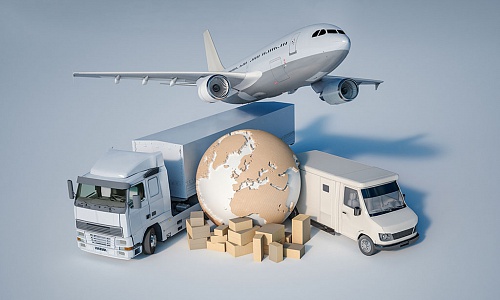 CPI fell -0.3% y/y. However, its seasonally adjusted growth rate was 0.3% m/m. The rise of the CPI level is mainly driven by the strong rebound of meat prices. The rebound is temporary, and linked to the Spring Festival effect. We expect the meat price will continuously drop for the… 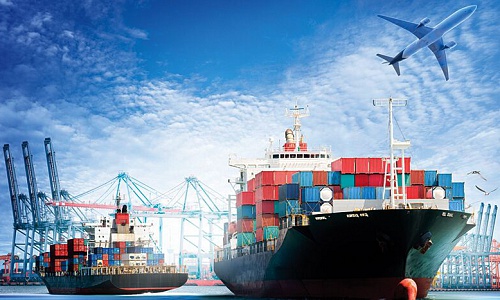 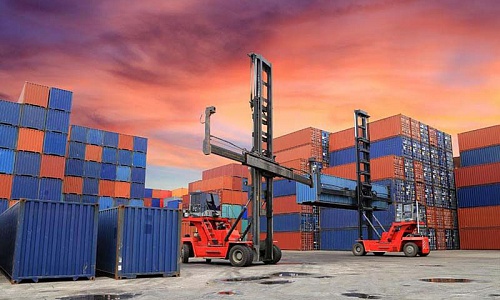 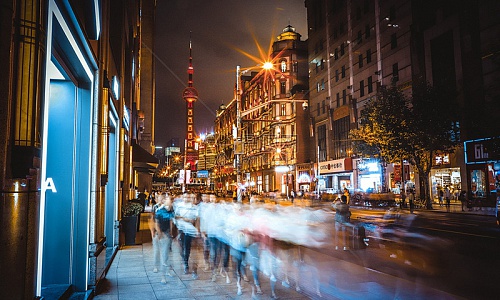 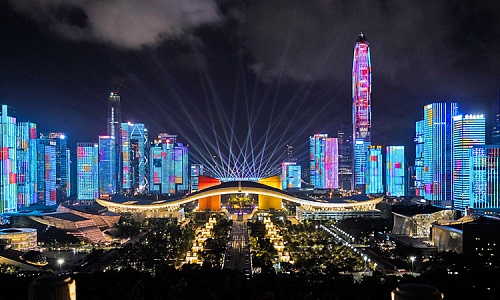 Consumption demand continued to recover in May. Retail sales of social consumption goods fell 2.8% y/y, up 4.7 pps from April. The global pandemic is not showing any sign of abating, and is heavily impacting trade. In May, exports were up 1.4% y/y, down 6.8 pps from April, while imports plunged 12.7%… The economy is quickly recovering, as the pandemic has come under control. In April, industrial output growth turned positive, and was up 3.9% y/y, and up 5 pps from March, down only 2 pps from the pre-pandemic level, in… Focusing on “six stabilities,” while struggling to grow

The Chinese economy was hit hard by the coronavirus in Q1, and GDP fell -6.8% y/y. Because the virus is almost contained in China, economic activities have since March been gradually picking up, and there were clear signs of recovery. Industrial output was down -1.1% y/y, up 12.4 pps from January-February.

Consumption has been hardest hit, largely due to quarantining. Retail sales of social consumption goods fell -19% y/y in Q1, and -15.8% y/y in March, up 4.7 pps from January-February. Trade has so far been largely unaffected. Exports in March were up 2.8% y/y after adjustment, down only… Economy will be relatively stable amid global turmoil

The coronavirus outbreak in China has had major short-term negative effects on production activities. However, as of March 18th, within China it is largely contained, with zero new cases. The total number of global infection cases outside China has now surpassed the total number of cases in China, and the number is expanding rapidly. Industrial output in China fell -13.5% y/y in January-February, and investment fell -24.5% y/y. But we believe these two major indicators -- especially investment -- will recover soon.

We believe the Chinese economy and finance may be relatively stable, and…

The Chinese government is using monetary and fiscal policies to boost the economy. On February 2nd, the People’s Bank of China pumped $174 billion into financial markets. As of this writing, the coronavirus has been largely contained, in terms of consistently lower numbers…

The annual Central Economic Work Conference (CEWC) held by top leaders December 10th-12th emphasized “stabilities.” We believe that “around 6%” is the likeliest 2020 growth target. Infrastructure investment was mentioned, suggesting that infrastructure spending will be used to support the economy, if growth slows notably below 6%.

The good news that “phase 1” of a China-U.S. trade agreement, which includes a reduction of U.S. tariffs on Chinese goods, and an increase of foreign investor access to China, may be signed in early 2020, has cheered the markets. There are more optimistic…

Since July, societal financing scale was slowing, and rose only 0.8%…