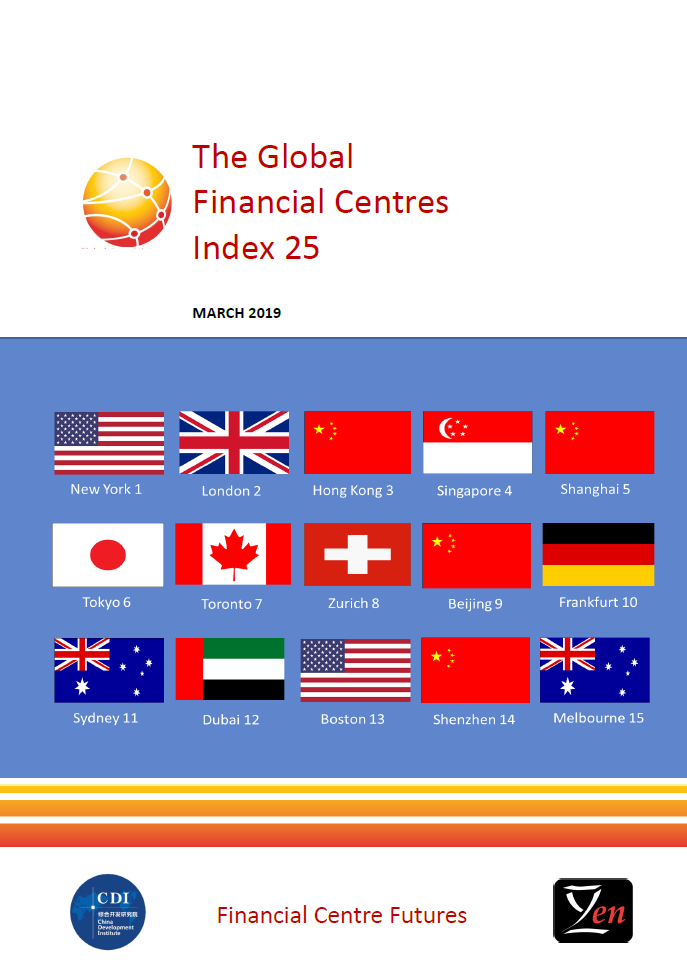 New York remains in the first place in the index, just seven points ahead of London. Hong Kong is only four points behind London in third and Singapore remains in fourth place. Shanghai remains ahead of Tokyo in fifth place in the index although Tokyo gained ten points in the ratings. Toronto gained four places to seventh. Zurich, Beijing, and Frankfurt remained in the top ten.