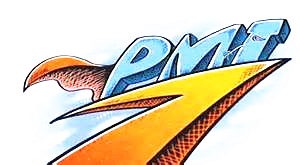 Due to Chinese New Year, many statistics are still not available, making our analytical task more difficult. But one notable policy change is that monetary policy reversed its 2016 loosening trend, and shifted into tightening. We also expect this to be the trend for 2017. M1 rose 14.5% y/y, continuing the declining trend it began in August, decreasing 1 pps per month on average, and rising 20% y/y, after correcting for the New Year’s holiday effect. M2 rose 11.3% y/y,  its lowest level since last year.

The CEEM-PMI (an abbreviation for the China External Environment Monitor PMI), an external PMI indicator recently developed by the China Academy of Social Sciences, measures China’s external economic environment. It recently rose to 53.6, above the 50 threshold, mostly in line with, but better than, the two general PMI indices, NBS PMI and HSBC PMI, which were at 51.3 and 51 respectively. While the latter two figures indicate a general economic recovery for China, the CEEM-PMI signals possible improvement of external demand. The jump of the CEEM-PMI may be mainly driven by developed markets. For example, the new high value of U.S. PMI at 56 may be interpreted as a rebound from the previous overreaction to Trump-driven trade uncertainties.