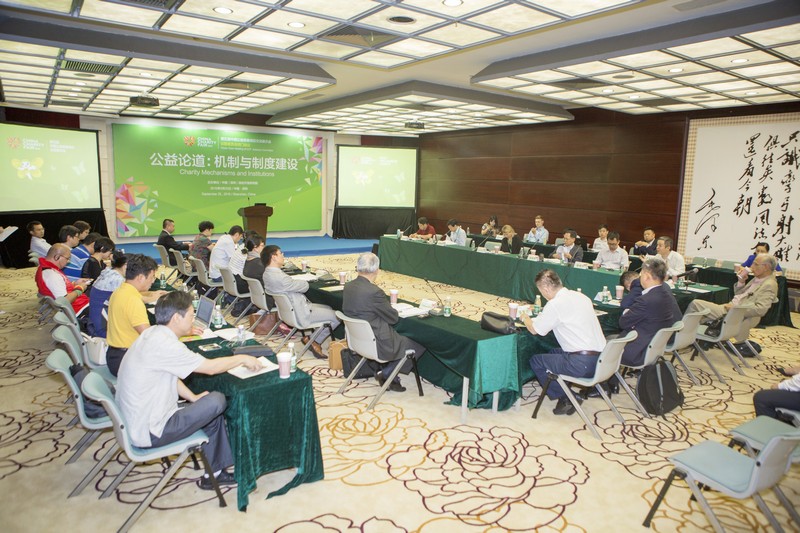 The theme of the roundtable discussion was “Charity Mechanism and Institution Building”. 20 philanthropic experts from UK, Singapore, Japan, Hong Kong and the Chinese mainland shared their ideas about charity mechanism and institution design.

In conclusion of the China Charity Fair 2016, different stakeholders from think tanks, charitable organizations, government, and universities attended the close-door roundtable discussion and shared their observations on charity mechanism and institution design, social governance, charity laws and regulations. The brainstorming session was aimed at provide innovative policy recommendations for sustainable development of China’s charity. China Charity Fair (CCF), an influential charity event annually held in Shenzhen, is committed to leveraging charitable resources and establishing an exchange platform and the event was themed on promoting goodness by laws and alleviating poverty with utmost efforts this year. Besides organizing the close-door roundtable discussion, CDI also coordinated 13 meetings of the event which invited more than 230 philanthropic researchers and practitioners.

The session will discuss the top design of the mechanism and institution of China’s charity and how to invigorate the initiatives of different sectors of the society.

This session will discuss the equalization and standardization of the basic public services in both urban and rural areas and how the NGOs and governments identify roles in providing diversified public services.

The session will discuss how a professional charity can be constituted and what role the newly-issued Charity Law and the legal system play in protecting and scrutinizing philanthropy and charitable organizations.

Close-Door Meeting of CCF (China Charity Fair) Advisory Committee was held by CDI on September 25, 2016. The theme of the roundtable discussion was “Charity Mechanism and Institution Building”. Dr. Guo Wanda, Executive Vice President of CDI, chaired the meeting. 20 philanthropic experts from the UK, Singapore, Japan, Hong Kong and the Chinese mainland shared their ideas about charity mechanisms and institutional design.

Tatsuo Ohta, President and CEO of Japan Association of Charitable Organization, introduced the latest development in Japanese civil sector, namely The Japan Center for NPO Evaluation, and dormant bank account utilization scheme. The first nationwide NPO monitoring organization in Japan, set up in April 2016, is aimed at enhancing NPOs’ capabilities by evaluating their activities and management. Japan is also working a bill which is intended to use 60 billion yen from the dormant deposits worth 90 billion yen for supporting charitable activities.

Michael Norton, Director of Centre for Innovation in Voluntary Action, holds that specialists in the charity sector must pivot their efforts from charities themselves to charitable work done by businesses, as the business sector has a greater influence and has the access to funding. He suggests that the government be the actor that forges an environment that incentivizes companies to do positive social work. This policy must also aim to increase compliance, governance and effectiveness of the hybrid business and charity sector.

Isabel Sim, Director (Asia) of Department of Social Work and Faculty of Arts & Social Sciences of National University of Singapore, shared Singapore’s unique way of addressing social issues. In Singapore government does not support social causes directly, instead providing support to NGOs, who deliver social welfare for those who cannot fend for themselves. This approach has created a drive for communities to work together to solve the social issues faced locally, keeping charities effective as they are in theory competing for funding from the government. The crucial element of such an approach is providing the training for employees of these charities to adopt modern and effective techniques.

Jenny Hodgson from Global Fund for Community Foundations thinks that the charity sector must step back from its history of compartmentalization of issues such as children, women, environment and instead work toward strengthening communities themselves. The ultimate aim of such an approach is to make the most of the assets that a particular community has access to. Once there is community cohesion, funding becomes more effective as it is put to use by a network rather than an individual.

The 5th China Charity Fair was held in Shenzhen from September 23 to September 25, 2016. Its theme was charity law and poverty alleviation. CDI coordinated 13 meetings of the event which invited more than 230 philanthropic researchers and practitioners to share their ideas. 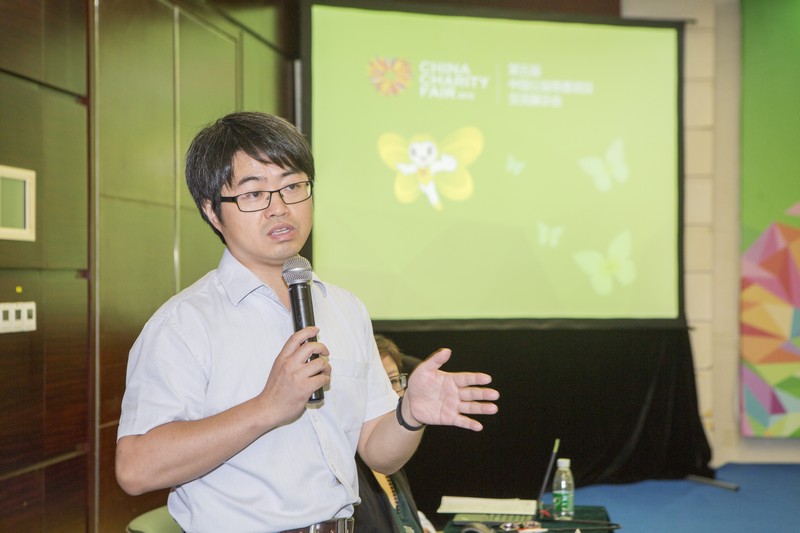 View the embedded image gallery online at:
http://en.cdi.org.cn/component/k2/item/264-closed-door-meeting-of-ccf-advisory-committee#sigProIdc4f03b06df
back to top