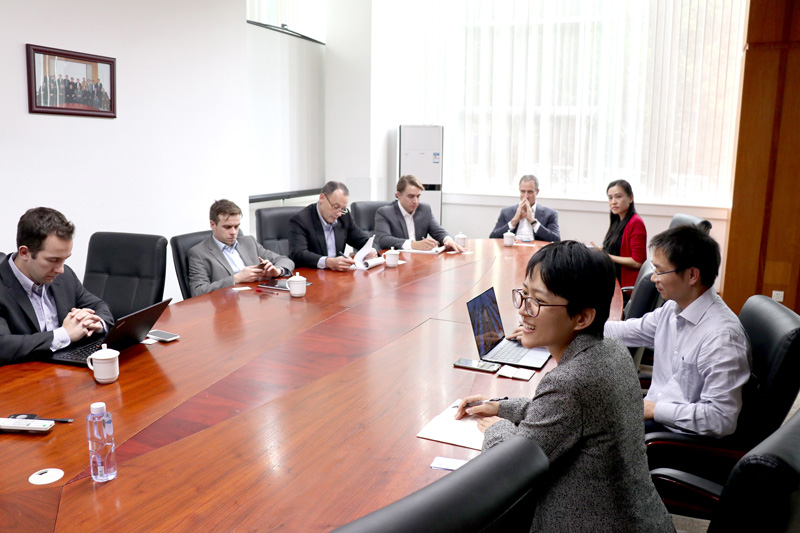 On November 1, European and American Investment Finance Group visited our institute. Mr. Zhou Shunbo, executive director of New Economy Institute had a roundtable discussion with the group on the issues of the status quo and prospects of Shenzhen's new economy industry development. During the discussion, Zhou Shunbo gave a detailed introduction to the role of the new economy industry in promoting Shenzhen's economic development and emphasized on the key force of digital economy in driving the social development and technology change.