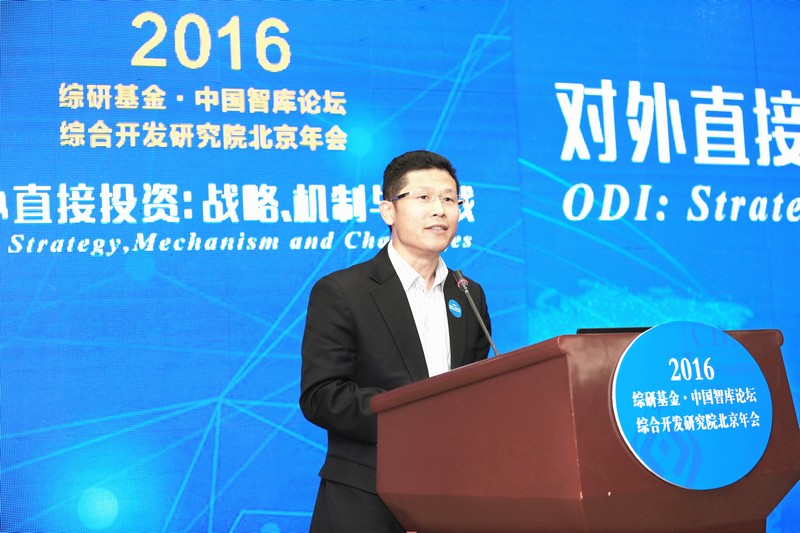 The meeting was themed on “ODI: Strategy, Mechanism and Challenges” and it convened experts to discuss overseas direct investment of China.

At the end of 2015, China’s overseas direct investment (ODI) stock exceeded one trillion USD for the first time. In the first quarter of 2016, China’s non-finacial ODI reached 40.09 billion USD, up 55.4% on a year-on-year basis, and became a remarkable factor for China’s growth under the sluggish global economic conditions. In the context, Beijing Annual Meeting 2016, themed on “ODI: Strategy, Mechanism and Challenges”, gathered experts and entrepreneurs to have an intense discussion on ODI.

The session will discuss what strategy that China would take for further opening up, how to innovate the mechanism for ODI, and how to deepen the relationships with countries along the “One Belt One Road” in terms of policy, infrastructure, trade as well as capital.

The session will discuss the risks and challenges during the process of ODI and Going Global, how to prevent risks, maintain a better investment environment and assess market risks ahead, and establish risk-prevention mechanism and necessary security system.

The best quotes from the forum are shared as follows:

“Opening up has become one of the key strategies for China.”

In recent years, important strategies have been adopted in China’s opening up, including “Belt and Road” (B&R) initiative, establishment of the AIIB, inclusion of RMB into the SDR, and free trade zone pilot projects. The strategic implications of China’s opening up have further deepened. The strategy of two-way opening-up, which emphasizes both "bringing in” and “going out”, has been established.

With respect to regional orientation, the countries along the “B&R” are the strategic focus. With respect to industry orientation, we will focus more on relatively advantageous industries which include equipment manufacturing, surplus capacity, and “manufacturing plus service”, such as steel, building materials, chemical engineering, textile, and machinery.

“Currently, the ODI of Chinese enterprises has impact on China's structural adjustment, optimization, and upgrading.”

With the gradual reduction in China’s traditional competitive advantage in terms of labor, the only choice for Chinese enterprises is to expand their industrial presence in neighboring countries, which allows resources to be allocated to the important high-end manufacturing and service industry to drive domestic industrial transformation and upgrading.

“Even though RMB is included in the SDR basket, there is still a long way to go before it truly becomes an internationally priced currency for transaction settlement.”

There are three major challenges for China’s ODI. Firstly, it is hard for Chinese enterprises to raise capital in the international market, due to various factors such as the poor financial system and the uninternationalized credit system of the host countries, and the fact that the RMB is still far from an international currency. Secondly, the overall investment environment in host countries is bad, due to their underdeveloped economy, unsound market system and constantly-changing policies. Thirdly, outward investment projects are mainly supported by government support for outward investment projects, like funds from policy banks and foreign-aid funds, should be synergized. .

“In general, China’s overseas investors  violated the purchase terms and failed to perform their compliance responsibilities.”

Now, three prominent financial mismatches exist in emerging countries including China, especially the countries along the “B&R”. The first one is currency mismatch. Much trade between Asian countries is in US dollars, the third-party currency. The second one is maturity mismatch, a small amount of frequent and short-term capital. The third one is structural mismatch. Most of the savings of Asia is borrowed by extraterritorial institutions and then invested in the region again.

“Firstly, be cautious when talking about national interests and strategies. Secondly, learn to use international languages. Thirdly, revere social responsibilities.”

“Strategic coordination should be strengthened with respect to the overseas investment by Chinese enterprises.”

It is necessary to strengthen the coordination among policy banks, constructors, operators and park developers, so as to avoid vicious competition among Chinese-funded enterprises and projects. We should capitalize on Hong Kong businesses as they have good financing capabilities and they do not have sovereignty implications. . 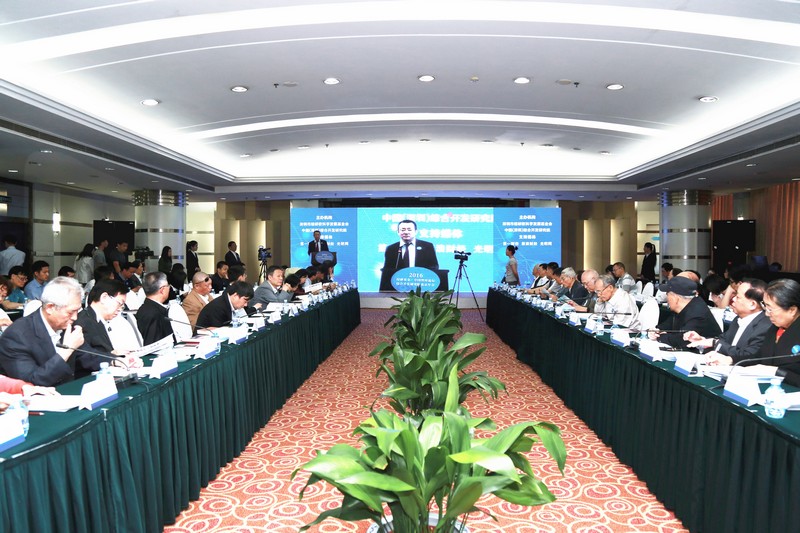 View the embedded image gallery online at:
http://en.cdi.org.cn/component/k2/item/259-beijing-annual-meeting-2016#sigProIdd019f344e5
back to top